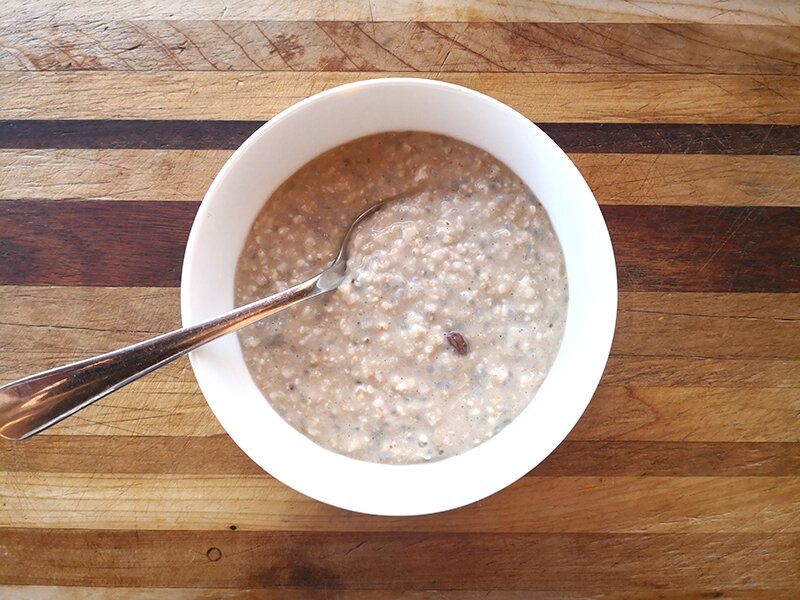 Now that daylight savings has ended and the mornings are getting cooler I think it’s a good time to write a post about porridge. We eat porridge most mornings for breakfast here regardless of the season, and that includes summer!  But I expect that’s not very normal and the rest of you sane people probably switch to muesli or toast during the warmer months. I shared a recipe for lacto-fermented porridge on my blog about a year ago, but since then my kids and I have gone dairy-free (except for butter which I finally said goodbye to just a couple of weeks ago! …and I’m completely shocked that I don’t miss it, by the way).  Switching to a plain old dairy-free porridge wouldn’t be any trouble at all, you would think – just replace the milk & cream for homemade nut mylk!  But once you’ve got used to the deliciousness of a lacto-fermented porridge, ordinary porridge just tastes …well, ordinary. Bland. Sometimes rubbery. Ordinary porridge sits in your tummy like a rock. And my father-in-law will testify to this – he’s a semi-skeptical convert to my fermented way of eating food, and even he can’t enjoy porridge the old way anymore! (He even misses the basil seeds when they’re not there 😉).

To ferment the porridge, we used to soak the oats and raisins in some milk kefir and water overnight. In the morning we would add more water, milk, cinnamon and salt, and cook it before serving it hot with some milk or cream, and occasionally stewed fruit. Initially we swapped the milk kefir for coconut yoghurt, but coconut yoghurt is naturally sweet rather than sour like milk kefir so the resulting porridge tasted a bit bland. After a bit of googling I found that some people soak their oats in apple cider vinegar so I tried adding a bit to the coconut yoghurt and we happily discovered it was the missing piece of the puzzle! The salt is really important too, so don’t forget it. My husband has on occasion, and you can taste the difference immediately 😕.  More recently, we’ve added another ingredient to the final stages of porridge-making, which we’re all completely hooked on: basil seeds. 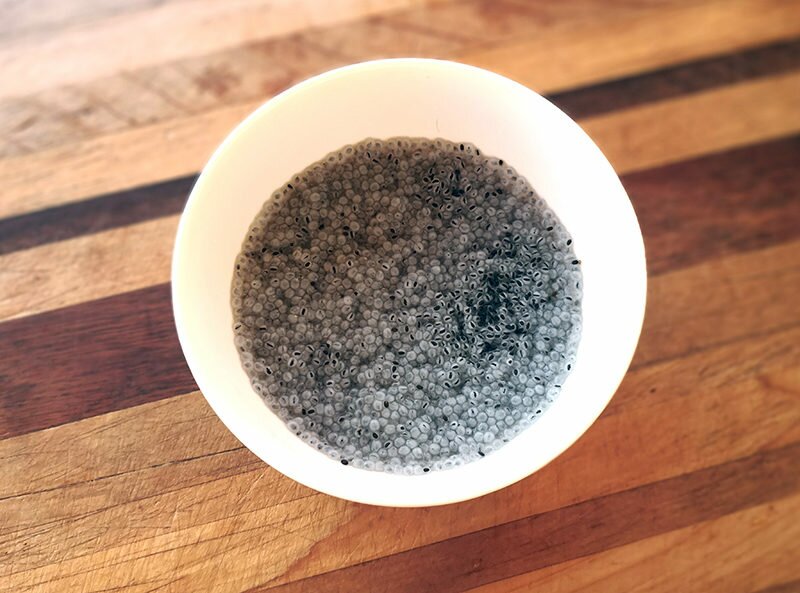 These little black seeds are a bit smaller than chia seeds, but behave similarly.  When you soak them in water they swell up before your eyes and turn into tiny little jelly balls (with the seed in the centre).  We soak a couple of teaspoons in a bowl, then stir them through the cooked porridge before serving. They add a great texture to the porridge – not really any flavour, just texture. It’s hard to explain.  Basil seeds (aka sabja or tukmaria) are really high in dietary fibre and iron, and they are also rich in Omega-3s. They deliver magnesium, potassium, calcium and copper, as well as vitamins A and K, beta carotene, zeaxathin and luiten.  Apparently they lower oestrogen levels in the body (?!) – I’m not sure about that one but caution is advised when pregnant for this reason.  At 2 tsp per day distributed between the five of us, I don’t expect we’re eating enough to expect any radical transformations to our health or vitality, but I can certainly notice the difference in terms of how much longer I feel full/satisfied after eating the porridge with basil seeds. 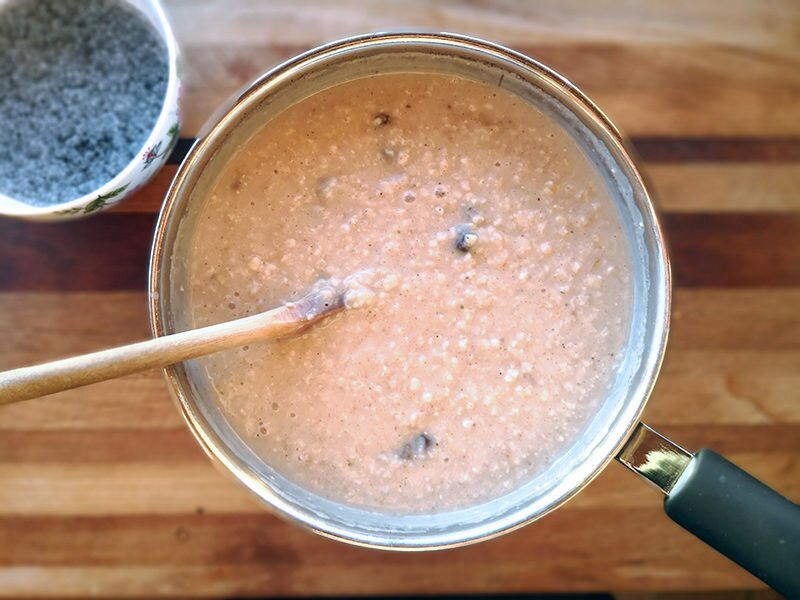 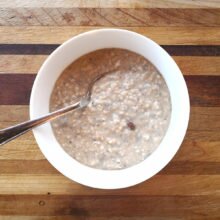 We buy almost everything organic, and our preferred coconut yoghurt has no sweeteners added.

If you try this, I’d love to know what you think!  x Est 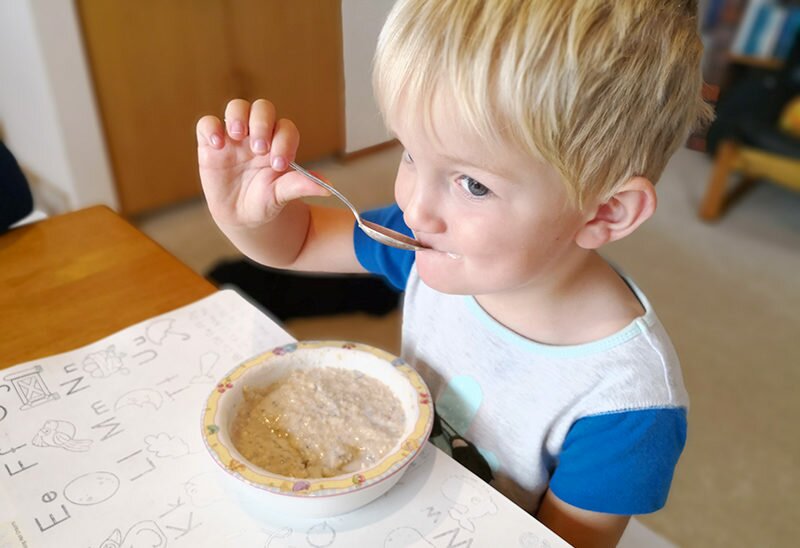