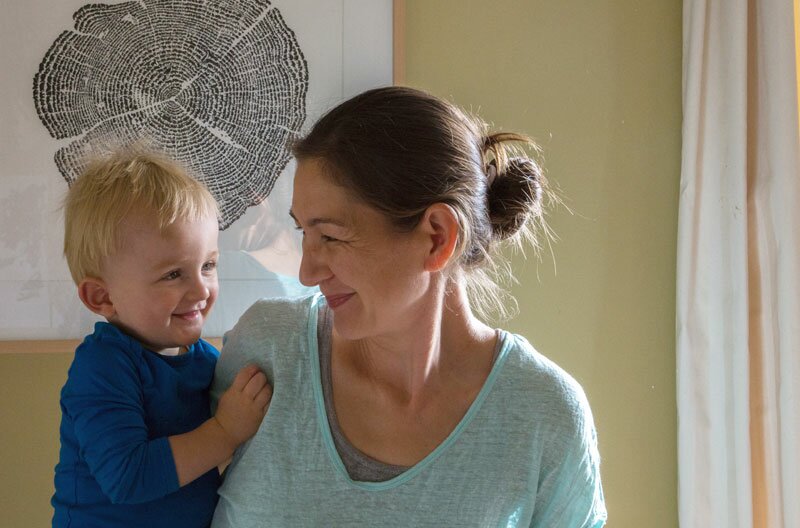 Hmm, the title of this blog post sounds a little bit like one of Jane Austen’s novels, doesn’t it?  Unfortunately, my story is far less civilised and subtle than anything she would have written! In fact, I doubt Ms. Austen’s heroines ever farted, much less talked about it.  Well I am about to do both, and I will wear the shame of it in the hope that sharing my own experiences can inform or even help someone else.

My daughter, Stella, was born in 2013 by caesarean section.  At the time I was very disappointed I wasn’t able to birth her naturally, because I was already aware of all the benefits of a vaginal birth.  (I will add here that I was, and still am, extremely grateful for the skill and professionalism of the team of doctors who delivered her, including my exceptional midwife!)  When Daniel was born in 2015, I got my wish and he was born by VBAC, hurrah!  I was so proud of myself and so happy for us.

In the days that followed my son’s entrance into the world, I learned some significant details about the effects of childbirth on a woman’s body, that for some mysterious reason had never come up during all my years of education…(?!)  For sure, I was prepared during both pregnancies for the possibility of stretchmarks (miraculously avoided twice!!), postpartum hair loss (tick), personality changes due to hormones (tick), and so on.  But I was totally unprepared for what seemed like the complete disappearance of my pelvic floor!  Well, some things can be managed discreetly so that no-one but the new mother need know about them, but …the FARTS 😳.  Without pelvic floor muscles, there is nothing to keep them from imposing on everyone else in the building.  Oh, the shame of it!!  I remember doing a quick shop at my local Bin Inn during the weeks after Daniel’s birth, and I was honestly as surprised as everyone else in there when I let a huge fart out and there was nothing I could do about it but blush, laugh, and hope that everyone else in there was also a mum.

A few months later, I decided to see a physiotherapist specialising in pelvic floor therapy.  She assured me that hormones were mostly responsible for my weak pelvic floor muscles, and that things would improve once I stopped breastfeeding.  Indeed, months later Daniel weaned and things did come right, very quickly in fact!  I should say, most things, because one thing did not miraculously correct, and that was: flatulence.  D’oh.

I have been farting my way through the days and nights for almost 2 years now, and while it’s really embarrassing, I’ve kind of accepted it as being part of the deal of being a mum.  There’s just so much goodness that’s come from having kids that I haven’t really dwelled on the lasting physical changes that I consider to be part of the package.  In fact, I hold my body in high esteem for the miracles of pregnancy, childbirth, and breastfeeding, and I feel mostly just gratitude when I look at myself in the mirror these days.

But yeah, the farts are still really embarrassing, sigh!

So anyway, I will finally get to the part of this story that deals with fructose.  At the end of last year, I formed a hunch.  I noticed that the farts came on after eating, and my hunch suspected it was either fructose or gluten (I couldn’t honestly explain why – it was just a hunch).  So I did a little google search for “fructose and flatulence” and was surprised to discover a condition called “Fructose Malabsorption”.  Fructose malabsorption is a digestive disorder arising from the small intestine not being able to absorb fructose completely (and it is not as uncommon as you might think – it’s estimated that 30% of people in the western world suffer from it to some degree!).  As a result, the undigested fructose moves on down to the large intestine where it is fermented, causing digestive discomfort such as bloating, gas, nausea, and for some unfortunates, diarrhoea.  It would seem that many people with fructose malabsorption issues also have lactose intolerance issues.  The treatment for fructose malabsorption is a low-fructose diet – this includes fructans (found in vegetables and wheat) as well as fructose (found in fruits).  Foods that are considered no-go for people on a low-fructose diet include fruits such as apples, pears, mangoes, and all dried fruit, vegetables such as asparagus, onions and garlic, wheat and rye, fruit juices, coconut milk and cream, food and drinks containing HFCS (high fructose corn syrup), chicory, and honey.  You can do a breath test to test for fructose malabsorption, but the poor person’s test (and that’s what I am) is simply to eliminate fructose from your diet and see if you feel relief after a few days.

I felt there was a good chance that this was my problem, particularly because some of the foods on the no-go list I had long felt a teeny tiny aversion to – for example, I love the taste of a crispy, crunchy, sweet-sour apple, but they’ve never gone down particularly well and I always felt uncomfortable in my tummy after eating apples, particularly on an empty stomach.  I also noticed that I felt a little digestive discomfort if I had more than one coffee substitute drink per day (chicory/dandelion root).  So I decided to give it a shot and cut out fructose for a period of time.   What did I have to lose?  No-one ended up worse off for quitting sugar, did they?  It could only be all shades of good.  Going into this experiment, I expected some sort of sugar withdrawal – lethargy perhaps, intense sugar cravings, no doubt.  But holy moly, I was NOT prepared for the withdrawal symptoms that hit me only a day into my fructose-free experiment!  Being a low-sugar eater anyway, I was surprised to experience pounding headaches, nausea like I was sea-sick, lethargy, brain fog, and of course, the cravings.  I was probably slightly delirious because I remember saying to my husband more than once, “I feel like a junkie coming off a drug!” …amidst moans and groans.  But although my head was miserable, just a few days in I could tell that my tummy was happier.  I’d be lying if I said that everything was fixed and I never farted again, but it certainly was a noticeable improvement.  So a few weeks’ later, I decided, “What the heck, seeing as I’m doing this I may as well go lactose-free as well and see how that feels”.  (Dairy detox was almost as bad as sugar detox, by the way. Different, but not much fun either).

So now here I am, the person who was always proud that I had a cast-iron stomach and could eat anything and everything, the person who doesn’t believe in diets, and who does believe in diversity and variation being key to good health – well, right now I am caffeine-free, fructose-free (which essentially means I am gluten-free), and dairy-free (except for cultured butter).  As you can imagine, it is pretty much impossible to eat out 🙁 , which stinks (no reference to farting, haha!) because eating is such a social, cultural activity for me.  But if I eat at home, it is really no big deal at all as I eat mostly whole, homemade, made-from-scratch foods anyway. I’ve found it easy to substitute onions for spring onions and sprouted buckwheat groats, and I’m experimenting with gluten-free sourdough bread which is quite a fun challenge.  I made almond milk from scratch, and it’s so easy to make I can’t quite believe it!  I am eating a lot more seeds and nuts now, and I am secretly stunned at how empty our recycling bin is now that our milk consumption has dropped drastically (my husband is participating in this experiment too, as he had dairy issues as a baby/child) – this dairy-free existence makes my dream of a zero-waste lifestyle seem much more achievable!  I will be honest though and admit that I still do fart, but nowhere near like I used to, not even close! And if I stick to it, my tummy is settled and happy.  I’m not sure if this is a permanent arrangement for me, or something I just need to do for a while to relieve and repair my digestive system.  Only time will tell.  For now, I am concentrating on all the possibilities that present themselves when you break old habits and look to form new, healthy, and sustainable ones.  I will keep you posted on my progress; but in the meantime, if I should meet you and get chatting, and accidentally drop a fart – please know that I’m secretly mortified and deeply apologetic, but I assure you I’m working on it. 😉

P.S. I almost forgot to mention that since quitting sugar and wheat, my hay fever symptoms have completely disappeared! I kid you not, I don’t have any problems with itchy eyes, sneezing, or runny nose anymore.  Within a few weeks of starting this fructose-free experiment, my hay fever has GONE.  It felt like it happened overnight.  I will be sure to let you know if it comes back, but I am hoping not ever!

For your interest, here are a few articles about fructose malabsorption: