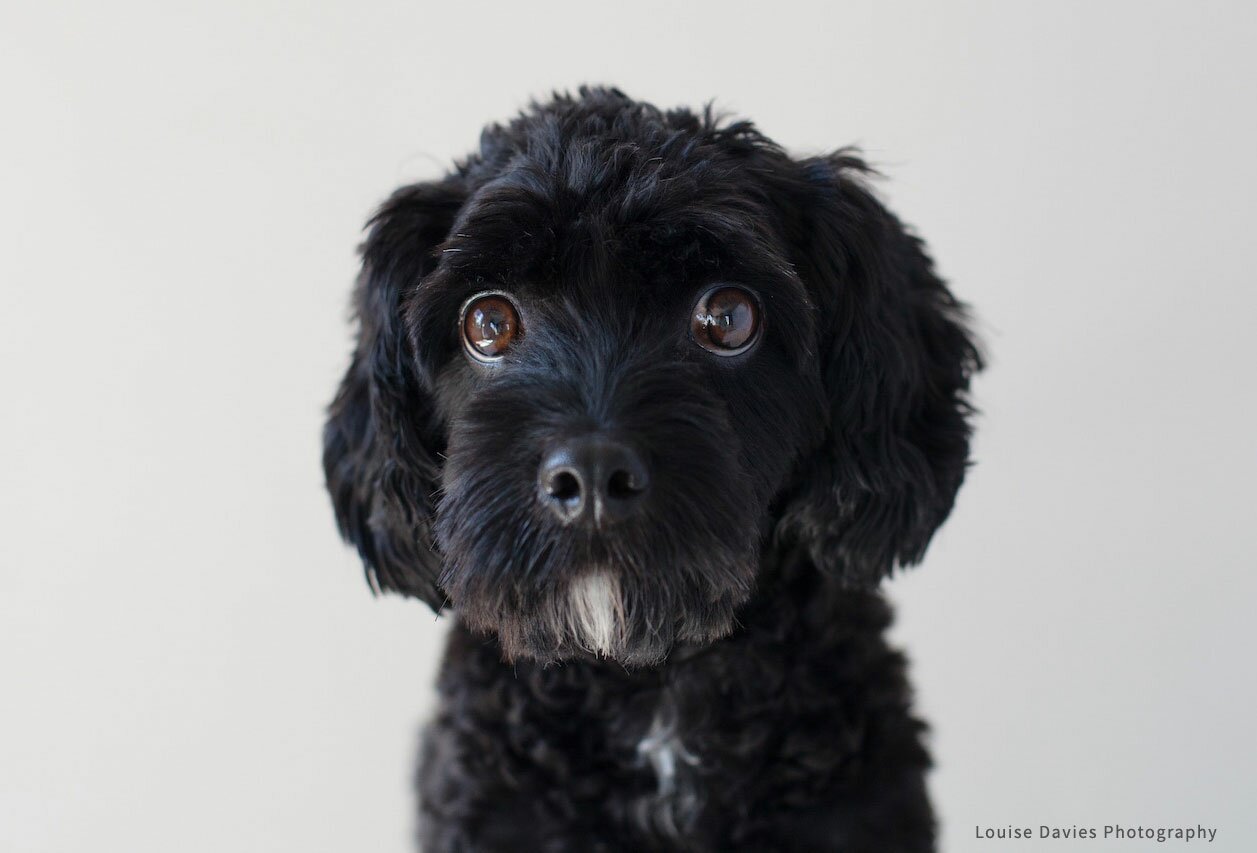 Anyone who knows me well also knows that this little black dog with the white chin may be credited with saving my life.  Perhaps not in a dramatic news-worthy fashion, involving dangerous waters or venomous snakes; but his entrance into my life undoubtedly kickstarted my recovery out of a bad case of depression.  I think all of my friends and family thought I had made a ridiculous decision in buying a little black cavoodle puppy, when I honestly couldn’t afford it and I could barely look after myself.  But no one can now deny that he was the best thing that could have happened to me at the time; he kept me busy, fussing over his training and dietary needs, he redirected my energy away from negative thoughts about myself and towards positive thoughts about us, and his love for me was completely unconditional and constant.  Just what I needed.

In return for his constant love and affection, I fussed over him like he was my baby.  I wanted to do everything absolutely right so nothing was too much effort or too expensive.  He truly was a pampered pup – but not spoilt, as I was insistent on training and routines!

As a new dog-mum I spent many hours researching dog food.  When it was time for me to bring my little puppy home, the owner of his dog-parents handed him over to me with a tin of Champ (blechhhh!) and I thought to myself, “No way is he going to live off this pink, slimy sludge!”  I soon had another reason to feel strongly about changing his diet when I noticed how dreadful his skin was.  The poor little thing actually cried when I tried to pull a comb through his hair!  I immediately switched the newly-named “Truffle” over to an organic, grain-free dog biscuit, and although most experts recommend changing a dog’s diet gradually, we just went cold-turkey.  I couldn’t bear to feed him even one meal of pink sludge. The improvements to his health became apparent very quickly.  His skin healed, and as promised by promoters of grain-free dog food, his poos were much fewer, much smaller, and much easier to clean up!  Truffle grew into a beautiful, well-behaved and good-natured little cavoodle, much to his mum’s great pride.

Still, there was always some niggling little health issue with Truffle. He had a tendency to scoot around with his bum on the carpet as a means of itching it, and he had quite itchy ears even though I paid careful attention to keeping them clean.  His vet suggested we might see if he had an intolerance to wheat and/or beef, by eliminating those two things from his diet completely.  She said those two foods specifically, are really common irritants for dogs, and therefore they are usually the first to be excluded when testing for allergies.  My first, slightly concerned thought was, “What could possibly be so irritating about wheat and/or beef?” and I wondered if I should be worried for my own health…

The vet then went on to explain how dogs have an infinite number of irritants in their environment: fleas, mites, pollen, toxic chemicals, etc., but for the most part, their bodies are able to cope with these irritants – up to a point. Each dog, she explained, can cope with a certain amount of irritation.  When the threshold is surpassed, allergy symptoms begin to manifest, such as eczema, itchiness, infections, malaise, and so on. For example, a dog may be showing signs of physical distress in summer, when the combined forces of fleas, pollen, and chemicals in beef and/or wheat exceed its allergic threshold.  However, in winter, fleas are usually dormant and the amount of pollen in the environment is drastically reduced.  The same dog might then be fine with eating a bit of beef.  Believe it or not, this was actually a revelation to me.  And the reason for the title of this post.

It led me to wonder if the same isn’t true for us, too.  Some of us have higher thresholds and some of us who are very sensitive to all sorts of things have very low thresholds.  But rather than focusing on the unfairness of life, I thought to myself, “Surely if we remove all the irritants we are able to remove from our environments, that would allow our bodies to better cope with the irritants we aren’t able to remove?”  This simple idea sowed the seed for all the eco-friendly diet and lifestyle changes I was about to make over the following few years until now.  I believe (with no scientific or medical evidence to support my thinking!) that by eating organic food (and thus reducing my family’s dietary exposure to pesticides and other chemical nasties), eliminating synthetic chemical cleaners from our home, drastically reducing the amount of plastic (particularly in the kitchen), and eliminating most toiletries from our bathroom, my family and I are allowing our bodies more breathing room to cope with irritants we can’t eliminate from our lives.  Irritants such as stress, viruses and small infections, pollution, plastics, toxic chemicals; and of course, the sleep deprivation that is associated with parenting little children.

I believe the human body is designed to cope with various stressors in various ways, but I also know that I got to a point where the stressors in my environment exceeded my body’s ability to cope.  I had to make drastic changes to my lifestyle in order to heal, and recovery took years of hard work.  I am now trying to be proactive, rather than reactive, by reducing the things I know to be irritating or harmful to my body and mind, in the hope that I can live below that imaginary threshold and consider myself healthy well into old age.  I want the same for my family too, of course.  I consider this to be one way of thinking about sustainability in my life.  And it all came about thanks to Truffle and the advice of his vet!

We are now feeding Truffle a raw food diet of locally-sourced raw brisket bones, organ and muscle meat, and veggies.  We avoid beef, opting for chicken, fish, lamb, venison, and possum meat instead.  We’ve noticed further improvements to his condition since this switch away from biscuits.  I’ll write about his new diet in a future post, as well as how we keep on top of fleas and worms naturally.

Louise Davies Photography has kindly given me permission to publish these beautiful portraits of Truffle!  Kia Ora, Louise 🙂