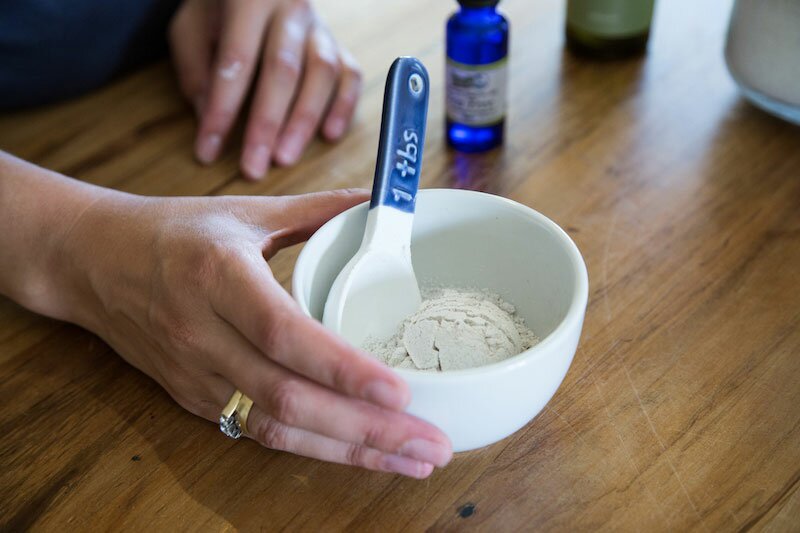 Since puberty, I have considered myself slightly unfortunate for having ‘oily’ genes.  Photos of me in my early twenties almost always featured reflective patches on my face, as the light bounced off my oily skin.  I’m not quite sure how or when it came to be that I needed to wash my hair at least every other day, otherwise the combined oils from my face, hands, and scalp would leave my straight, fine hair looking undesirably greasy.  I assumed it was the deal with being half-Japanese, and I also assumed the up-side was that my naturally oily skin would wrinkle less than other skin types might, and I would look youthful for longer. Still, it was a pain having bad hair days every other day, powering through the shampoo/conditioner so quickly, all that washing and hair-drying, and those ruined photos of me with shiny face.

The skin on my face came right quite a while back, when I was in my late twenties.  A colleague of mine, Amelia had the most gorgeous skin ever, and she revealed that she washed her face with oil!  A very expensive, beautifully packaged kind of oil, made in NZ by a woman called Margaret Hema, who was able to convince even Liv Tyler (in NZ for the Lord of the Rings films) that it was the bomb for her skin.  I used it for a while and it was gorgeous.  I noticed that my skin produced less oil, but was still moisturised and supple.  Unfortunately, I couldn’t hack the expense for long.  But in the short time that I did use it I learned that my skin had been over-producing oil because it needed oil! Ever since then I have stopped washing my face with any kind of soap or soap-like substance, in favour of water and oil-based moisture.  I make my own face cream now, but more about that later.

As for my hair, well my poor scalp has had to suffer my ignorance for a lot longer.  After a while, my hair wasn’t just oily after one-two days; it also started to itch and flake if I didn’t wash it with shampoo every other day.  I admit (shamefully!) that I used Head & Shoulders for a few years to manage the itchies, because it worked, smelled nice, Courteney Cox had gorgeous shiny hair, it was cheap, and I could get it from the supermarket.  Then one day (I think when I was pregnant for the first time), I read about No ‘Poo (= short for No Shampoo).  Nowadays, there are gazillions of stories about No ‘Poo on the internet, but back then I’d never even heard of the concept.  It had never occurred to me that one could not use shampoo and still have clean hair and a happy head!  My curiosity was piqued, and I decided to give it a go.  That was three years ago and I haven’t used commercial shampoo since then, but I must confess that my hair and head weren’t very happy with me for much of that time.

The first step in my shampoo-free journey was the classic baking soda and ACV (apple cider vinegar) rinse recipe. It’s a very popular no ‘poo choice, because the baking soda really does clean your hair and deal to any itchies instantly.  However, I’m noticing that a number of bloggers are now exploring other alternatives as they share with their readers how the baking soda has stripped the moisture out of their locks and turned it into a frizzy mess over a long period of use. The one thing I noticed with baking soda hair washes was that my hair became really, really static! It was actually impossible to brush because it would puff up like a halo about my head as soon as I put a brush or comb through it. Although I really wanted it to work, I had to admit that my hair looked greasy and behaved dry, and that was after I’d waited a good few months before passing judgement (apparently your scalp needs to detox from shampoo, so it takes a while to adjust and tone down the oil).

So, I gave up on the baking soda wash. But I was determined to have a cruelty-free hair regime, so instead I started buying home-made shampoo bars by Melanie.  We used her shampoo bars for over a year, and loved them (I highly recommend them!). They lathered, smelled nice, made our hair look and feel good, and are very affordable. We decided to stop using them in the end, because I felt sure we could do it even simpler!  Plus, I was still having to wash my hair every other day, and I was (am) determined to to work towards washing my hair just once a week with no bad hair days in between!  So when my son was born I decided to go cold turkey and just look like crap for as long as it took to get my head used to not washing the oil out at all.  I rinsed my hair every other day with ACV & honey diluted in warm water, and gave my scalp a good rub with my fingers each time.  I would be lying if I said I looked great.  But in all fairness, I had just had baby no.2, was totally sleep-deprived, and was probably detoxing through my improved diet and chemical-free stance on body-care and cleaning, so it’s hard to blame my average appearance solely on the condition of my hair.  Later, it was brought to my attention that I did smell like a salad.  The down-side of washing with vinegar, hmm.

Anyway, many months later and my head/hair is finally coming right I think. I wash my hair just once a week with a rye flour mix, and it comes up super-shiny, clean, silky and fluffy. In between, I rinse with very diluted ACV/honey once or twice, if I feel I need it. My friends assure me I don’t smell like a salad anymore, whew!  Perhaps I have just lowered my personal standards, although I don’t think so, but I certainly don’t feel like bad hair days are as bad or nearly as frequent as they used to be in the days when I shampooed my hair.  And even if I do have a less-than-perfect hair day, I just tie it all back in a bun and handle it, knowing that no animal had to suffer for my vanity; and that’s worth it.

I guess this might seem like a bit of an effort, but it really doesn’t feel like it because I only have to do it once a week now. It’s kind of become my Saturday morning ritual; a way to mark the weekend.  We keep the bottle of ACV/honey in the shower so it’s on hand for spontaneous hair rinsing needs.  And now, I challenge you to ditch the shampoo and go soap, cruelty, and plastic-free!  Consider it short-term bad hair for a lifetime of guilt-free, cruelty-free, plastic-free, evil-corporation-free, synthetic-chemical-free, healthy and beautiful hair.  Feel free to ask me questions.  And I’d love to hear how you go too 😉