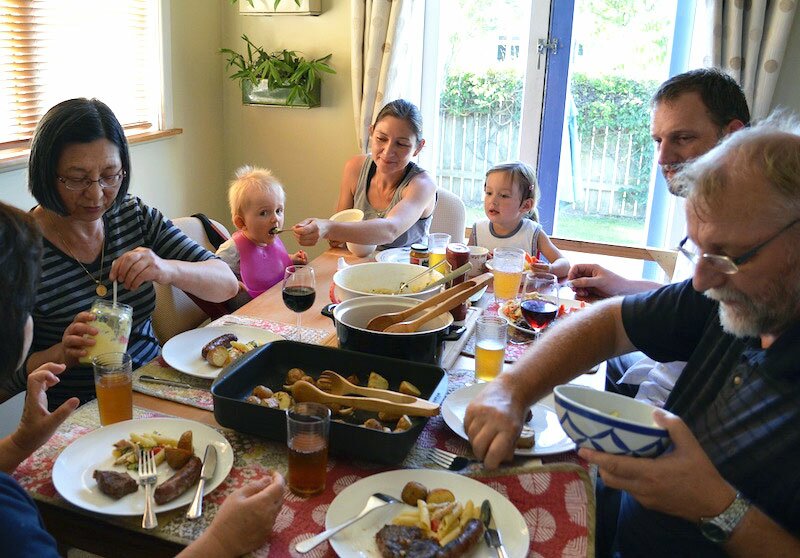 When I was a teacher of design, I did a project with my senior students that encouraged them to learn a little bit about design history.  The two significant design eras I focussed on were Modernism and Post-modernism because I just loved to teach them all about the social, political, technological, and ideological changes that worked together to incite whole new ways of living and of experiencing life. No one thing drove these changes more than any other thing – technology effected social change, but social change also motivated technological change – and so on.  For a person like me with crazy-diverse interests, I found it completely fascinating and so exciting to connect dots and see patterns and relationships in our lives and our predecessors’ lives.  (Thus my students always enjoyed this project too – enthusiasm is so contagious!)

I feel like we are currently in the early days of a huge social revolution which perhaps one day in the future students will study alongside Modernism and Post-modernism!  It’s a shift away from a one-size-fits-all approach to life (an effect of mass-production and many other aspects of modernism).  However, it feels to me like the current trend away from mass-produced solutions is less rebellious and de(con)structive than post-modernism was/is; instead, it promises to be more constructive and proactive.  While things are focussing ever more on the individual, I believe it is without the emphasis on selfishness and is underpinned with a sense of responsibility and collaboration.  There are growing pockets of people all around the world who are embarking on small-scale enterprises with the hope of large-scale positive outcomes; local community-based projects which are seeking to effect global change; designing of personalised solutions for universal well-being and success.  There is more interest in self-employment, self-education, self-sufficiency.  I can see these trends in so many aspects of our society: education, employment, even healthcare.  And I think it’s exciting.

So, in the spirit of this anticipated revolution, I have found myself questioning an extremely important aspect of our lives that seems to be stuck in the past and just doesn’t make sense to me.  It’s our attitude towards diet/s.  Personally, I’ve never been very interested in diets because I never had a great incentive and I kind of couldn’t be bothered.  I put my obsessive compulsions into other areas of my life instead!  Even so, I’ve grown up surrounded by a plethora of diet-related trends – some fleeting and others enduring – all promising one perfect outcome for everyone.  If Jennifer Aniston was swearing off carbs and looking fantastic for it, then the only obvious way to get a figure like hers was to swear off carbs!  I’ve also grown up with the Ministry of Health endorsed image of the food pyramid ingrained into my understanding of food; the idea that we should all eat most of this, a little less of this, and hardly any of this. Then we will all be healthy.  I saw the food pyramid pop up at Stella’s kindy just the other day.  There’s the idea that the Mediterranean emphasis on olive oil and tomatoes is the healthiest diet in the world.  Or perhaps it’s the almost-vegetarian, seaweed rich diet of the Japanese?  Even eco-ethical rebelling-against-convention healthy-living-warriors will still buy into the concept of universal rules for a healthy diet – paleo, macrobiotic, raw food, and so on.   It feels so old-fashioned to me, and I’ll explain why.

Although I’m 100% kiwi (NZ born and bred) my mother is Japanese and my father is Dutch. Both my parents (independently) immigrated to New Zealand from their home countries around the age of 20, and they met and fell in love as flatmates before living happily ever after.  I don’t look very Japanesey, according to most people (Japanese included) but I do have some physical traits that have very obviously come from my mother.  I have olive/yellowy skin that tans beautifully and is very accommodating of the powerful antipodean summer sun that turns many of my pink-skinned friends into crispy lobsters (at the scary risk of skin cancer).  When we were all teenagers I knew many girls who thought that if they could just expose themselves to the sun enough and if they were just determined enough, their skin would eventually succumb to their desire and turn golden-brown.  But the longer you live in your skin, the more you realise that it is the way it is, simply because it’s Scottish.  Or Japanese.  Or Maori.  As an adult, my friend now freely discusses how she needs to wear sunscreen and hats all through spring, summer, and autumn, as she has a family history of melanomas and she has to be extremely vigilant about checking her skin.  As an adult myself, I now admire the beautiful skin of the Ghanan kindy moms without kidding myself that if I just use enough shea butter I will end up with skin like theirs.  But I know how to look after my own skin now; I know what it likes and doesn’t like, and I look at my mum and expect that my skin will age the way that hers has because I inherited her type.

What’s kind of interesting is how we don’t seem to think that way about diet and our digestive system.  My mum has spent many years bemoaning my dad’s preference for mashed food (preferably potatoes), sauerkraut, sausages, salamis, cheeses – all the foods that make her Japanese insides grimace and walk away.  Why could he not eat her stir-fried eggplant experiment with enthusiasm?  Why did he never leap up from his chair at the mention of a fresh garden salad (with olives and capers)?  Clearly his dietary preferences were unsophisticated and unrefined, and he was choosing to be contrary just to vex her.  But… what if my dad is drawn to these foods because his body knows that it will thrive on them?  What if, like his skin, his gut and body are incapable of changing within one lifetime to now thrive on a new diet of foods that his parents and grandparents never even saw, let alone ate?  If that be the case, then it is ridiculous to think that any of us could thrive on a diet consisting of mostly processed foods; foods that have only been around for one – at a stretch, two – generations.

Could it also be possible for a person to inherit a digestive system from a family member more than one generation in their past?  (We recognise this all the time with skin tone and hair.)  It could be that my daughter Stella, with her Japanese-olive skin, will thrive on stoemp, boiled kale, and red meat; whereas her brother Daniel, with his fair, pink-toned skin and blue eyes, will instead thrive on a diet rich in fish, rice, and seaweed!  To me, this seems totally possible but I don’t personally think the solution is for the head chef of the household to cook customised meals for each family member.  I think it would make far more sense for me (as head chef!) to consider building my whole family’s diet around a staple of foods that are common to all enduring cultural groups.  Almost all cultures have an indigenous diet consisting in large part of FRESH VEGETABLES.  And fruit.  I would think many have eggs?  Foods like grains and dairy have never have played a significant role in the Asian or Polynesian diet, so it would not surprise me if they are still poorly tolerated by some half-Japanese people like me.  (As it happens, I do love both and they go down very well.  Am I lucky or is it thanks to my dad?)  According to this theory of mine, it strikes me as odd that a food pyramid with grains on the bottom would be endorsed as a healthy solution for the entire population of an ethnically diverse little country like ours.

To be honest, I have never experienced any food intolerances (that I am aware of), so I have never taken an interest in this idea of my body having an individual dietary preference.  Over the years I have paid careful attention to my outsides (skin, hair, body shape) and tried to figure out where they’ve come from and how to get them to look their best; but until recently, I really haven’t paid any attention to where my insides come from and what makes them feel the best.  So, while I can now say with confidence that my skin is Japanesey, I honestly couldn’t tell you what kind of gut I have.  Perhaps if I had taken more notice these past 38 years, I would have spent most of them feeling AWESOME and it needn’t have been such a roller coaster ride.  As a mum, I want to expose my children to a really diverse diet, but I will endeavour to pay attention to how they process food, and notice what makes them feel awesome and what makes them feel average.  As they grow up, I want to encourage them to notice for themselves, with an emphasis on what makes them feel good, rather than on what makes them look good (because of course, ‘looking good’ is generally a by-product of ‘feeling good’!). 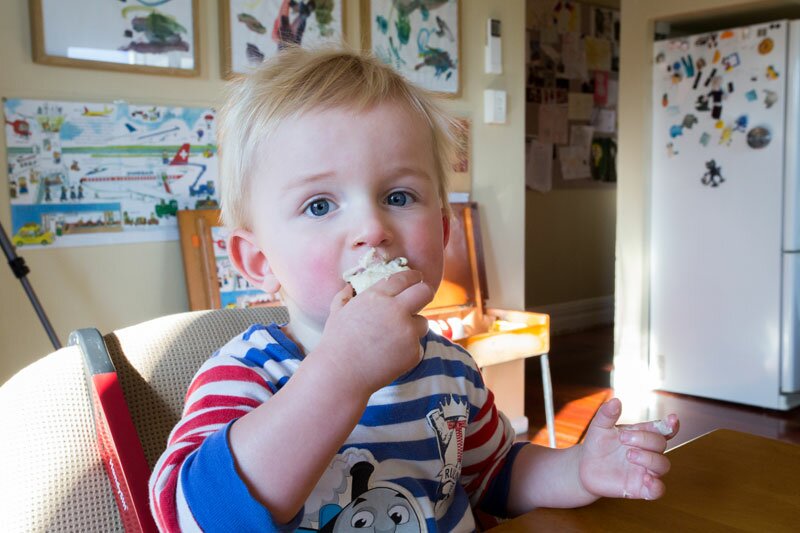