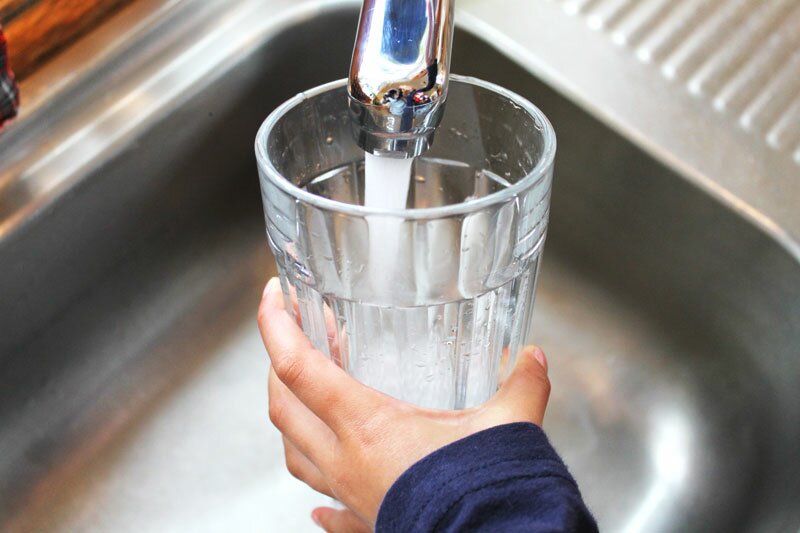 Last night, I can’t even remember how it all started, but I ended up in a heated argument at the dinner table with my father-in-law.  I do love and greatly respect my father-in-law but as similar as we are, we have very, VERY different views on some things.  This particular disagreement was about our differing views on the fluoridation of water.  He, the scientist and a devout believer in the infallability of science, admitted that he is in favour of water fluoridation.  I, in turn, responded with, “But why, Why, WHY??!!!” …and a series of emotive outbursts which really got things going.  My father-in-law proceeded to argue that my points were entirely emotional and therefore invalid, and that the only reliable evidence is ‘scientific proof’.  As far as he was concerned, he’d grown up with fluoridated water, he was ‘pretty sure’ fluoride was scientifically proven to prevent cavities in teeth, and he hadn’t seen any evidence to suggest that fluoridated water poses more health risks than benefits (he admitted this was mostly because the issue of fluoridation didn’t actually interest him at all until our argument last night).  Things cooled down and we began to discuss our ideas with a bit more composure, and this is when I realised that it is time for me to write a blog post about water.  I’ve had lots of questions about water lately, from friends, customers, and readers.  Last night’s dinner debate made me realise that I have ideas about water quality that I would like to share with you without any demonstrations of emotion getting in the way …like they often do when I get talking about something I’m passionate about in person!

I’ll begin by admitting straight up that I’m not a scientist.  I guess in high school I was a bit of an all-rounder, but science (particularly Chemistry) always was and probably always will be gobbledy-gook to my brain.  My current interest in water has grown alongside my passion for fermented foods, and it’s the fermented foods that have made me realise how important water quality is for my health.

All the ferments I’ve experimented with so far have involved water. In the case of sauerkraut and kimchi, the water comes from within the cabbage, and salt draws it out.  For all the other ferments, like kombucha, water kefir, gherkins and radishes, the water has necessarily come from my tap.  Until I started fermenting I had always assumed that our town supply water was very clean and pretty tasty.  I did notice it would taste a bit bitter and mineral-ish (for want of a real word) if I poured myself a glass and left it sitting out for a while, but as long as I drank it straight out of the tap it tasted fine to me.  It wasn’t until I started brewing kombucha that I realised my tap water may not be good enough as it is.  If you are a kombucha brewmaster yourself, you will already know that the kombucha SCOBY is very sensitive to chlorine, and un-filtered town supply tap water contains enough chlorine to make a SCOBY quite sad 🙁 .  I brewed my kombucha with plain old tap water to begin with, and while it didn’t kill the SCOBY, the difference was definitely visible only one brew after we installed a whole-house carbon and sediment filter (and it wasn’t even a fancy schmancy top-of-the-range filter either).  I think I can safely say, without being accused of exaggerating for effect, that the kombucha SCOBY really flourished once the chlorine was removed from the tea.

While it was news to me at the time, the reason for this is really quite straight forward.  Chlorine is a super-duper nuclear bomb when it comes to neutralising pathogens in the water. It inactivates all kinds of microorganisms: protozoa, bacteria, and viruses, and it continues to do so as long as it remains in the water.  This has long been considered a fantastically beneficial quality of chlorine, which has transformed (for the better) our ability to access safe potable water free of interruption. Unfortunately, however, a SCOBY is bacteria (that’s what the ‘B’ stands for). And so are leuconostoc mesenteroides, lactobacillus plantarum, pediococcus pentosaceus, and lactobacillus brevis – the probiotics that dominate a good batch of sauerkraut.  Every day we are discovering more and more reasons to believe that bacteria, and even viruses (!), are actually crucial to our health and wellbeing, as much as they can also be the cause of illness, disease, and death.¹ Now we know that we humans are composed of up to 90% bacterial, fungal, and ‘other’ cells, with the remaining ≈10% cells being human ones, the unintended down-side (and pointlessness) of washing ourselves with antibacterial soap has in turn become glaringly obvious.  In this regard, I imagine that drinking chlorinated water has a similar effect on our insides as antibacterial soap does on our ‘outsides’.  Maybe I’ve over-simplified a very un-simple reality (and I know I’m not a scientist!), but I do know that many people like me are trying to be proactive about consuming probiotic-rich food and drinks for the benefit of our (gut) health, and yet I have seen with my own eyes how those probiotics sort of shrivel in the presence of residual chlorine in our tap water.

Anyway, a couple of months ago, we decided to stop brewing our kombucha in our home-filtered tap water, and instead switch to using the fluoride-free tap water available up the road at Claudelands park.  The Hamilton City Council made this fluoride-free water available to the general public as a way of appeasing those people in our community who are strongly opposed to water fluoridation. The fluoride (and most everything else) is filtered out of the city water through a reverse-osmosis filtration system, and then chlorine is added back in to disinfect it.  I had recently, and very belatedly I am disappointed to say, taken an interest in the issue of water fluoridation and come to the conclusion that I do not want to be drinking it, nor have my children drinking it, ever again.  Unfortunately, filtering fluoride out of one’s drinking water is no easy task (chlorine is much easier to remove) and so a whole-house fluoride filtering system is way, way, way out of our financial reach.  So we decided to use the council-supplied fluoride-free but chlorinated water for our brew instead of our own fluoridated but chlorine-free tap water.  I tried to compensate by floating a little charcoal stick in our 10L pot of water so as to absorb some of the chlorine but I already knew it was too small for that volume of water.  After about 3 weeks, we could already see that while our kombucha was still faithfully brewing away, the SCOBYs were starting to look a bit ragged and weary.  I accepted defeat and switched back to our fluoridated but chlorine-free tap water and within ONE brew our SCOBYs perked up and grew healthy, fresh SCOBYs on top!  Of course, the fluoride in the water is still problematic, but it doesn’t impede the fermentation process like chlorine does.

We can’t afford a whole house fluoride filtering system, that’s for sure. We have afforded a chlorine (and other undesirable chemicals) filtering system for the whole house, which has given us chlorine-free water for my ferments and for showering².  What we’ve also managed to do is find a second-hand benchtop water filter that removes most of the fluoride, and we use that for filling our glasses, drink bottles, and for cooking (and for ferments requiring smaller quantities of water).  However, it only holds 5 litres of water so it needs to be refilled constantly, which certainly isn’t as convenient as just turning on the kitchen tap. Our long-term solution is to move to a new property which would allow us to work with rainwater instead of town supply.  It will still need filtering, but fluoride won’t be an issue then.  For now, the fact that all our fermented food and drinks are healthy and thriving makes me feel that the water I am feeding them is also nourishing and sustaining my own body.

And a few days’ later:
I am proud to say that my father-in-law went home that evening after our dinner table disagreement, and did a little bit of research of his own.  I also sent him a link to this YouTube clip, “Fluoridation and the Environment, by Howard Patterson“, which he watched all the way through.  The next day I received this text message: “Hmmm… perhaps a rethink of my support for fluoride is in order.” 😀  While his verdict is still not officially out on this issue, it was he who encouraged me to write this post.  We both agree that nothing but good can come from openly discussing ideas such as these, which challenge convention and long-held assumptions in search of the truth and of a better way of living.

1. For a fantastic read on this topic, I can definitely recommend the book, “I Contain Multitudes – the microbes within us and a grander view of life” by Ed Yong

2. It might be a surprise to you (like me) to learn that if you can only afford to filter one source of water in your home, it should be your SHOWER! Dr Mercola explains why, in this YouTube clip about water filters: “Dr Mercola discusses water filters”

3. FYI, an interesting summary of what we now know about the human microbiome: “Microbes in the Human body”