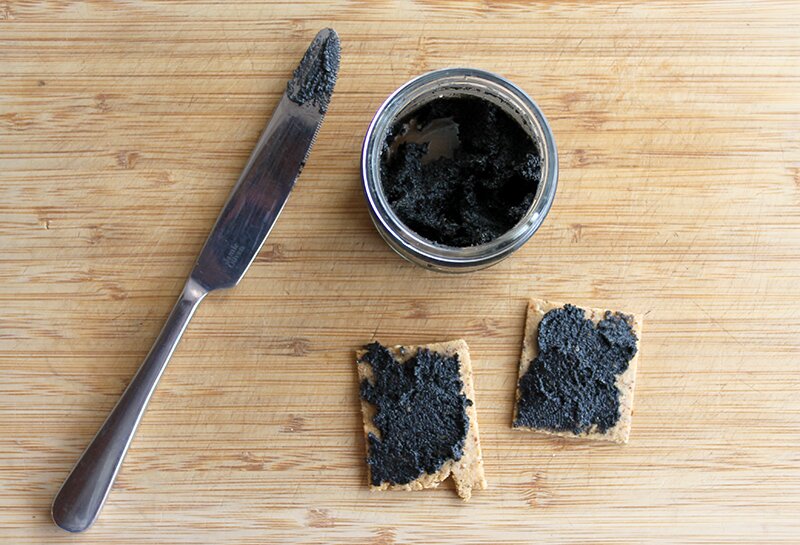 Over the past four years, we’ve ditched most of the instant (processed) foods from our kitchen but one condiment has managed to retain its presence on our pantry shelf all this time, basically because there’s just nothing else quite like it: vegemite. Personally, I could live without vegemite but the kids really, really like it.  I did try switching the vegemite out with miso but young as they were, the kids were on to me pretty quick, and while they do like miso, they declared that ‘marmite’ (they don’t know the difference between vegemite and marmite as they’ve only had one) is marmite and miso is miso, and the two shouldn’t be confused!  I decided to accept vegemite’s place in our life, conceding that it comes in a glass (very reusable) jar and is sugar-free, unlike marmite on both counts.

However, we have recently discovered that our youngest, Daniel, is very sensitive to both gluten and dairy (more details about that in a future post 🙄 !).  And it’s taken me quite a while to cotton on to the fact that neither vegemite nor marmite are gluten-free, as both are derived from barley and wheat – d’oh! – so the issue of finding a gluten-free and healthier alternative has presented itself again.  You can buy a gluten-free vege spread called Freedom Foods Vege Spread, but it’s got some funky ingredients that I’m not too keen on, like: vegetable protein extract (corn), thickener (1401 from corn), and acidity regulator (330). I’m kinda mistrustful of food with ‘numbers’ in the ingredients list…

So last week I decided to have a go at making some sort of vegemite/marmite alternative, and I’m very pleased to say that I came up with a recipe I’m really happy with!  Stella dutifully taste-tested each of my experimental versions and approved my final favourite recipe.  When I presented Daniel with a homemade ‘marmite’ smeared cracker, he exclaimed, “Marmite!” and munched it down happily (he’s 2 so he’s not quite as discerning as her …yet). 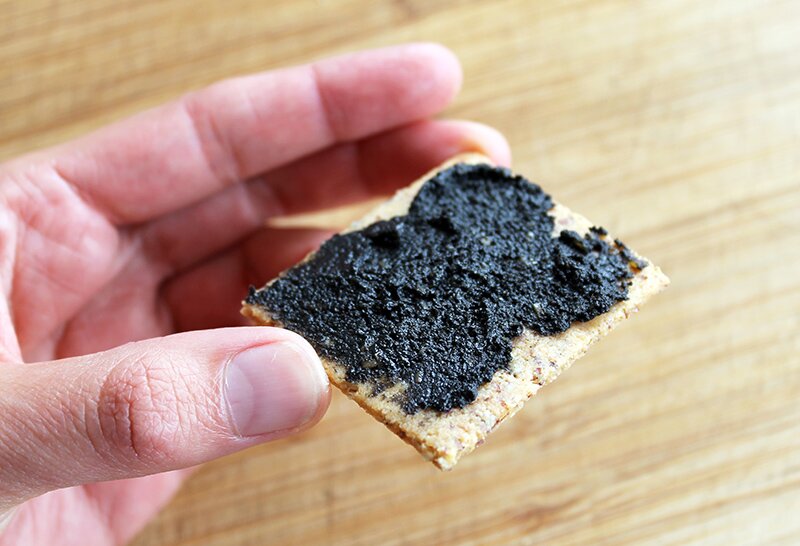 Of course, it doesn’t taste exactly like vegemite (or marmite) but it’s close enough and the magic addition of BLACK tahini makes homemade look so much more convincing that my kids haven’t asked where the real vegemite has gone, whew!  I’m now really determined to insist on this switch for good, because:

2. It’s fermented and full of probiotics;

5. I can make it with certified organic ingredients;

6. Miso, tahini, and savoury yeast flakes are all naturally loaded with vitamins and minerals (see links below if you want to know which ones!);

Admittedly, it’s been quite a while since I tasted marmite but I think my homemade version tastes more like marmite than vegemite as it’s salty like both, but a little sweeter than vegemite.  I’m curious to know what you think about it as it hasn’t been tested on anyone outside our family.  So please feel free to leave feedback in the comments for me as well as other readers!

But first, if you think you’ll have a go, here are some tips for you to keep in mind:

– Miso is made from fermented soybeans, with the addition of salt, water, and grains such as rice and sometimes barley. This means that miso isn’t necessarily gluten-free. If you are coeliac or intolerant to even fermented barley, you would want to check the ingredients in your miso carefully.  My favourite miso is Ceres Organics Organic Genmai Shiro Miso (which is GF by the way) for pure flavour – it’s amazing! Unfortunately, it comes in a plastic container 😓 so another suggestion would be the made-in-NZ Urban Hippie miso (also GF), which is also extremely tasty.  The Urban Hippie miso comes in a soft plastic pouch so you could clean it and recycle it if you have soft plastics recycling in your neighbourhood.  In fact, just writing this made me realise I should switch to the latter next time…

– There’s affordable miso and there’s expensive miso.  The expensive miso is usually expensive because it’s likely to be organic, made from non-GMO soybeans, fermented using koji, aka. aspergillus oryzae (a type of culture for making sake), free of preservatives, colours, or flavours, and very importantly: UN-PASTEURISED.  While miso is a bit of a super-food celebrity, if it’s been pasteurised any health-giving bacteria will have been nuked rendering it much less ‘super’ and more just ‘food’.  Basically, this is a case of ‘you get what you pay for’, and personally I think if I’m going to all the trouble of making marmite from scratch I may as well use quality ingredients.  Plus, I wouldn’t consider either vegemite or marmite particularly cheap…

– Savoury yeast flakes (aka nutritional yeast) are an inactive yeast which is popular with vegetarians and vegans because it is packed with B-complex vitamins (and it adds a savoury, cheesy-like flavour to foods).  Because the yeast is inactive and made from a different strain, it will not contribute to any candida issues.  Also note that it’s completely different to brewer’s yeast!  I always buy Ceres Organics Savoury Yeast Flakes.

– I made my own homemade marmite with Chantal Organic Black Tahini, which I found at a local wholefoods store here in Hamilton, Whole Heart.

– Because this recipe has no preservatives in it, you need to treat it like fresh food.  Store it in the fridge and to be safe, I’d eat it all within two weeks or so. I spread it more thickly than real vegemite, so ours doesn’t last that long anyway.  If you’re not sure you’ll be able to eat it all that fast, you might want to make a half-batch first.

– It tastes amazing on gluten-free sourdough toast with homemade mayonnaise and radish sprouts! Or with avocado. YUM. 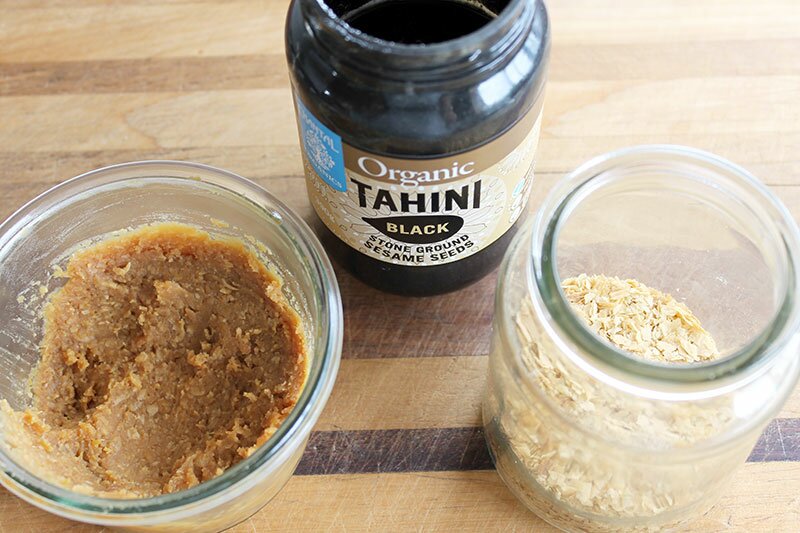 Store in fridge and to be safe, I'd try to eat it all within two weeks or so. If you're not sure you'll eat it that quickly, perhaps make a half batch first...

FYI, what’s so great about these three ingredients:

1. The Kitchn – “What’s the Difference Between White, Yellow, and Red Miso?”