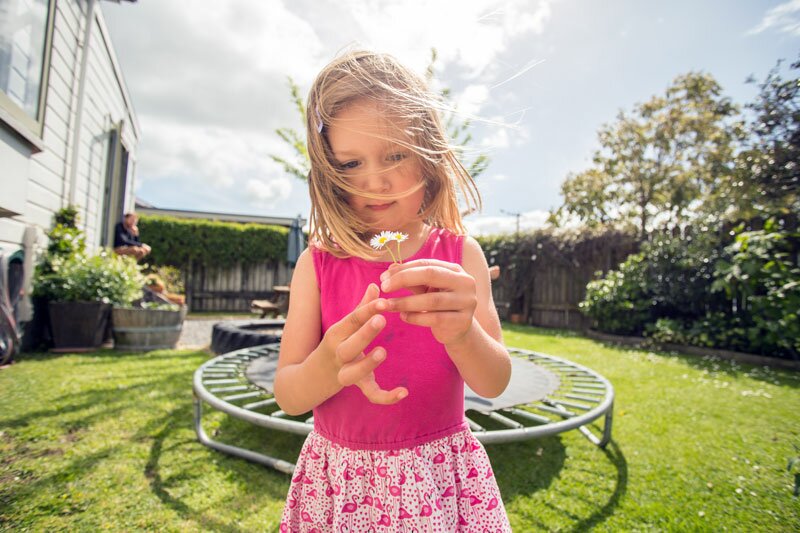 A few weeks’ ago I was really excited at the prospect of writing this post about hay fever because I planned to proclaim that for the first time in my adult life, I don’t have it!  No sneezing, no itchy dry eyes, no fuzzy head, no runny nose… nothing!  Unfortunately, after three plus weeks of wind, wind, wind, and more unrelenting wind… and the chestnut trees outside our house deciding to flower… both my husband and I are disappointed to report that no in fact, we do still suffer from hay fever this year and I am not in a position to share a miracle cure with you after all 🙁 . [UPDATE ALERT! See the addendum at the end of this post 😉 ]

Nevertheless, I am still going to write this post. Because although we still have hay fever, things have definitely improved for both of us.

A friend of mine told me the other day that little children don’t suffer from hay fever.¹ Well I certainly don’t recall suffering from it until I was around 13 or 14 years’ old. I started using nasal sprays when I was in high school to keep the sneezing and itchy eyes at bay during the spring and summer months. Interestingly, I don’t recall having hay fever the year I was living in Japan.  In my twenties, the symptoms really took off.  I would have the most intense sneezing fits which completely incapacitated me for however long they lasted – sneeze after sneeze after sneeze (sometimes before I’d finished the last sneeze!), streaming eyes and nose, eyes puffed up and itchy beyond belief, the inside of my nose and top of my throat were so itchy too; and it felt so much like having a bad cold that some days I just wanted to lie in bed like I was sick.  I remember once walking through a field of tall grass and before I had got to the other side I was hopping about with huge, incredibly itchy welts all over my legs – I had to run back to the house yelping for an emergency dose of antihistamine!  At times like this I bemoaned how bad the pollen situation was getting – every year the pollen seemed to be getting worse and worse!  There must have been twice as much pollen in the air as there was when I was a kid.  That, or it was mutating somehow to become ultra-aggressive, extra-fierce pollen, requiring me to either hide indoors all day or take ever increasing amounts of antihistamine.  Where once I was able to get away with a simple nasal spray for relief from spring through to summer, I was now needing to take Telfast Extra-Strength, plus a nasal spray, plus drink lots and lots of water, plus stay away from long grass (a prick test once told me I’m allergic to tree pollen but it’s not like I can avoid trees, especially here in Hamilton 😐 ).

Of course, now that I’m on the Mrs Goodness journey of sustainable living, I have quite a different attitude towards hay fever.  As I anticipated another year’s seasonal allergy symptoms, it occurred to me for the first time in my life that the concentration and quality of pollen may in all likelihood be no different from how it was when I was young.  Because I’ve always considered myself to be a reasonably healthy human specimen, I’ve also assumed that my hay fever symptoms were caused by crazy pollen, rather than by my own body’s crazy and confused response to something around me that is perfectly normal.  Hay fever, like all allergies, is caused by your immune system overreacting to something harmless in your environment.  It gets progressively worse with each round of exposure, hence my symptoms got worse year after year.  Antihistamines reduce the effects of histamine, one part of your immune system’s response to a perceived threat, and the part that makes us so physically uncomfortable.  There’s no denying they work to make life bearable in spring and summer, but they only work for a period of time, they’re heinously expensive, and they don’t really address the problem.  What problem exactly?  Well, these days I now consider my problem of hay fever to be my own confused immune system.

There is now a growing awareness of how closely our immune system is connected to our diet.  At least 80% of our immune system is located in the gut, and its effectiveness depends on a diverse, healthy range of good bacteria which reside down there.   More and more studies are finding links between altered gut flora and susceptibility to allergies and asthma, for children and adults of all ages.  While I have to admit I do have itchy eyes, brain fog (although I’m not sure that isn’t attributable to motherhood), and the odd bout of sneezing this year, I can honestly say that my hay fever has improved over the past few years as my diet has.  I know it has, because in past years, with the kind of weather we’re having now and the time of year we’re in, I would have been completely incapacitated by sneezing and runny nose without antihistamines.  This year, neither my husband nor I need to take any medications in order to function normally.  If I do experience a bout of sneezing (usually first thing in the morning), I get almost instant relief by drinking a tablespoon or two of raw apple cider vinegar diluted in a big glass of water.  Admittedly, it’s only November and we’ve still got December, January, and February to go, but I am optimistic that with time (perhaps a few more years even?) I can overcome my hay fever allergy altogether.

How do I intend to do this?  These are some of the things we now do to boost our gut health, and therefore immune system and overall health:

– We have eased up on all the cleaning.  No antibacterials, no dishwasher (although that’s really because our dishwasher died and we couldn’t afford to replace it!), mostly baking soda and vinegar cleaning, and reduced use of soap.

– We eat spray-free, mostly organic, locally grown produce.  And we don’t really eat processed food anymore.  Just a couple of things like vegemite, mustard, and tomato paste are still included in our weekly grocery shop, but for the most part we don’t eat instant food anymore (except for the odd takeaway dinner..!).

– We’ve been eating bee bread this spring!  Bee bread is a wonderful new discovery we’ve made, only because it was given to us by my father-in-law’s friend who keeps bees for a hobby.  It’s a dark brown, sticky substance that bees make by mixing pollen, nectar, their saliva, and then …fermenting!!!  The fermentation process makes the nutrients in pollen more bioavailable to the bees (and if they are good enough to share some, us too!) and it extends the lifespan of the pollen.  My husband is pretty fixed on the idea that eating a half-teaspoon of bee bread every day has lessened his hay fever symptoms.  I’m not so sure myself, but I do believe it’s really good for us and so I make sure the kids have a little quarter-teaspoon dose each day too 🙂 .  They love it so much that Stella never fails to remind me each morning at breakfast!

– Managing our stress levels and making sure we get enough sleep (tough when you’ve got little ones and you’re trying to start a business, but I’m trying!).

We’re doing all of this for other reasons too, but the idea of being free from both hay fever symptoms and super-expensive pharmaceuticals is so alluring that it makes any home-cooked made-from-scratch dinner preparations seem worth it, no matter how tired or lazy I’m feeling!  It’s all a work in progress and I expect it will take years to heal the damage to my gut and therefore my immune system that my old lifestyle inadvertently caused.  But if the rewards are good health, FREEDOM, and feeling awesome, then none of this is too hard for me as far as I’m concerned!

ADDENDUM February 2017: Since writing this post, my husband and I no longer have any hay fever symptoms! Our hay fever disappeared quickly and permanently when we both quit eating sugar and wheat. Basically, we’ve gone gluten-free, as wheat-free foods are usually GF anyway. My husband, who was a pretty severe sugar-junkie beforehand hasn’t been able to keep away from sugar completely, but he eats only a very, very little now, when his knees go weak from longing, haha. He is so happy that he can now mow the lawns, without the catcher even, and suffer no symptoms of irritation – no sneezing, and no itchy eyes. If you want to read more about how and why I (we) quit sugar, you can read this blog post: “Mrs Goodness – Fructose & Flatulence”

Some interesting articles on hayfever, FYI:

“Pollen is not the problem” – the Healthy Home Economist blog

“Researchers have a nose for how probiotics could affect hay fever” – Science Daily, Nov 2013

“Could probiotic yoghurt be the key to fighting hay fever?” – article in the Telegraph, May 2015

“Bee bread & the truth about pollen” 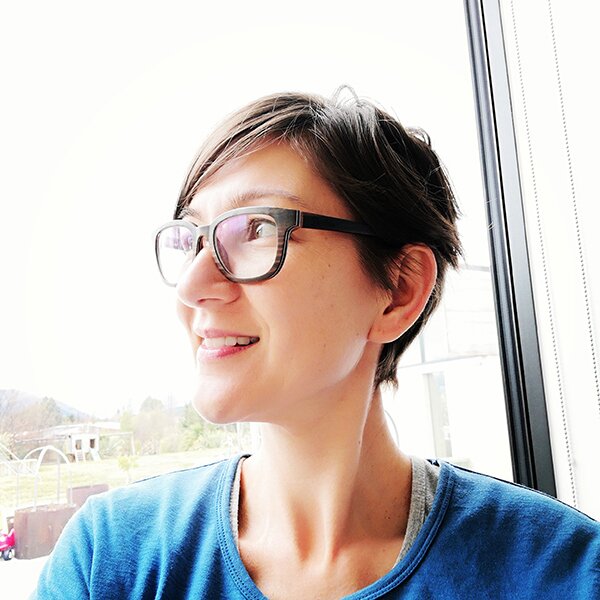 Kia Ora, my name is Esther

I'm a kiwi mum who has become very passionate about the idea of living a 'good' life. For me, this means a fulfilling, healthy life which is not experienced at the expense of others. I strive to make daily lifestyle choices that are ethical, responsible, practical, and sustainable - for me, for my family, for my community, and for our environment.

Keep up with blog and shop news: